Originally conceived as a film documentary with a fairly compact narrative structure, Katarzyna Kozyra’s project finally takes on the form of a film library, comprising portraits of figures associated with the ecumene of ‘Jerusalem syndrome’. The artist transfers the visual material from the film frame into the field of a social reading of the problem, abandoning the classic exhibition formula, emphasising the asceticism of this gesture of renunciation and bidding farewell to the ‘myth of exhibition’.

Jesus’ messengers, seeking the face of their Messiah, are trying to find their own, to free themselves from the primacy of the ego, the moral-religious prohibitions and ideological precepts of ‘this world’. Kozyra’s library shows them against the background of the problem of identity, emphasising the dialogical sense of their adventure with the Absolute. The film-report only becomes a place of interpretations, displacements and possible translations in the form of a laid out library, where the viewer can feel free from the pressure of arrows and maps guiding them through the exhibition.

Kozyra’s work is a visual essay about the phenomenon of religious fascination, the need for contact, for community beyond the tribal myths of political and cultural domination. It is also a treatise on absence, the silence we encounter when we insist too strongly on someone else’s ethical statements. In this work, there is also the silence of the Messiah Himself.

Go to the Library 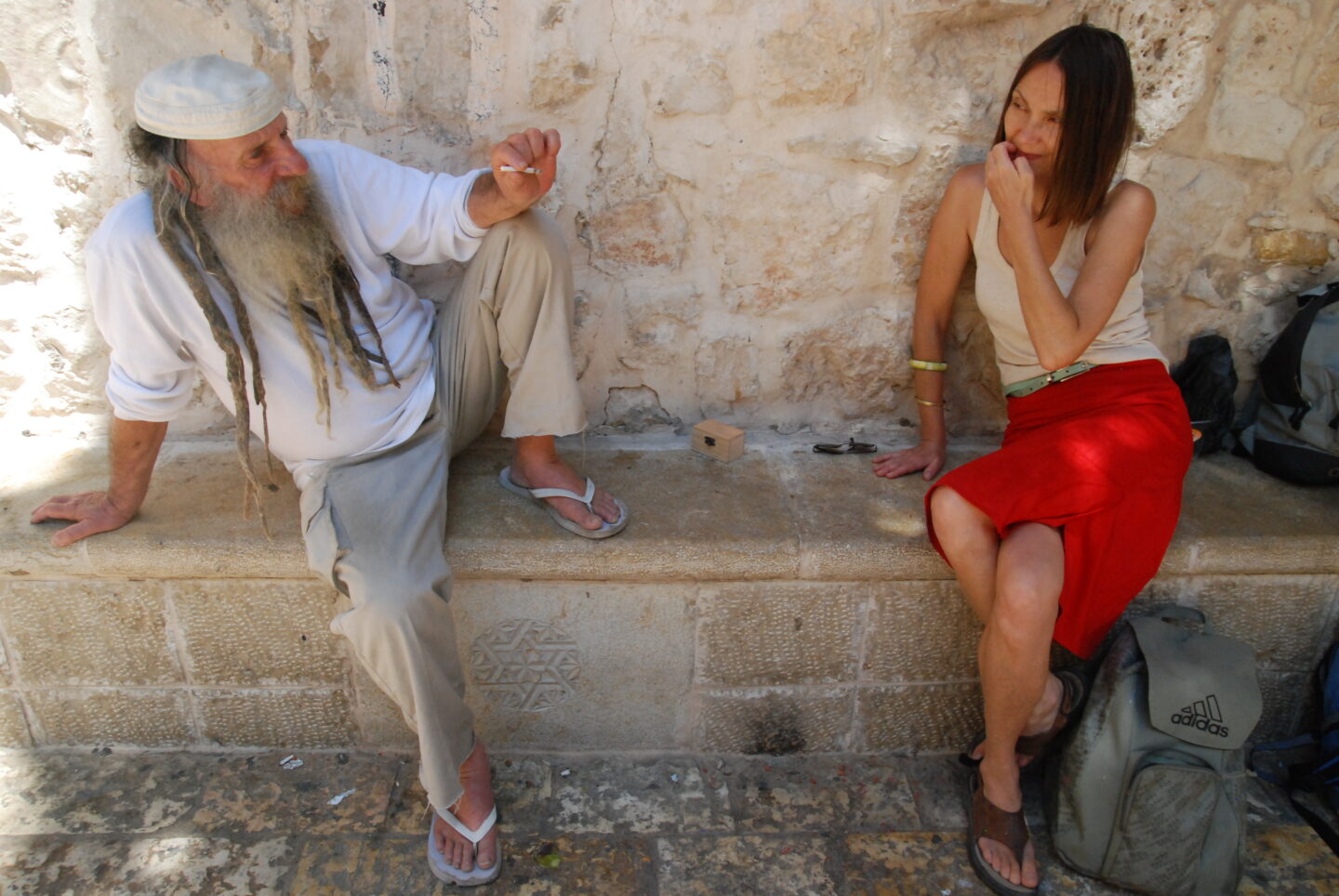